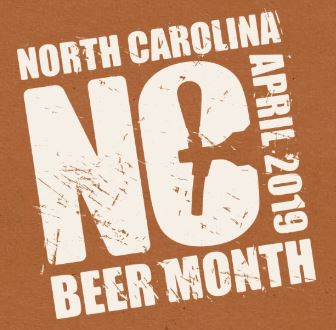 April is North Carolina Beer Month and there are three New Bern brew spots included in Our State Magazine’s statewide guide to “must-visit wineries and breweries.” New Bern Beer Army Burger Company, Brewery 99, and Brütopia Brewing Company were included among 350 such places in the directory, called Drink Local, Cheers to NC.
Three listings. So that’s good, right?
Yes, that’s right. Let’s put it in perspective. Most cities and towns listed in the directory had one listing, occasionally two. Many cities and towns weren’t listed at all.  It is the larger cities that have multiple listings of three or more—OK, larger cities, and New Bern.
Greenville, which is three times larger than New Bern, had three listings. Fayetteville, which is seven times larger than New Bern, had three listings. Jacksonville, which is more than twice the size of New Bern, had—wait what? None?! It even has a bigger nearby Marine Corps, but who’s comparing? (It had no listings.)
Hey, a nod to New Bern’s smaller (but once larger) neighbor, Kinston, whose fabulous Mother Earth Brewing made Kinston a listing destination.
Fun List: Other NC cities with three listings:

So, here are some details about the three local brew spots that put New Bern on the map (list). We invite you to join us in celebrating North Carolina Beer Month by drinking local.
New Bern Beer Army Burger Company
“Beer Army”, as it is known locally, was founded by a war veteran. His fascinating story is on the Beer Army website, and I won’t steal his thunder.
Get a burger as simple or as complicated as you wish, washed down by anything you want from an enviably large beer selection (and wine, too, but face it, this is a beer place). Beer Army is located in a former bank and includes the actual vault. Décor is sort of preppy Army fusion. 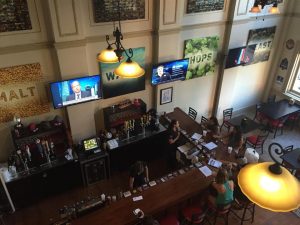 Brewery 99
So what does any self-respecting boat builder do with his spare time? Brew beer, of course. Stupid question.
So what does someone who can make boats and brew beer do? Open a brew pub, Ob-viously.
And that in a nutshell is what happened.
Brewery 99 is located in a small shack located in the parking lot of Artisan Square. Even founder sole-proprietor Pete Frey will admit it is a small shack. But he also says this shack is actually a quite happening brewery and bar for the denizens who know where to look for it.
Small shack, big reputation. This one-time hobby has become a go-to destination and a perfect example of a true microbrewery. 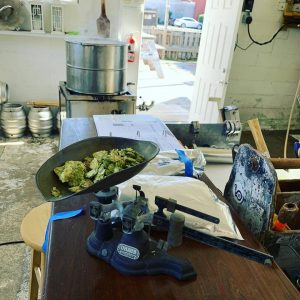 Brütopia Brewing Company
Brütopia is another home-grown microbrewery and it just celebrated its third birthday, well under drinking age.
Brütopia is a brewery, homebrew shop, craft beer bar and bottle shop in James City.
It sells homebrewing supplies, including cooking equipment, bulk grains, flavorings and other ingredients needed to make beer at home.
And it practices what it preaches. Brütopia brews its own and offers it for sale to thirsty visitors. It also offers a variety of bottled and canned craft beers, including those produced by other well-known small breweries in North Carolina and elsewhere. 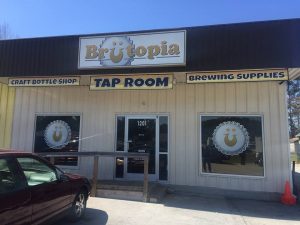