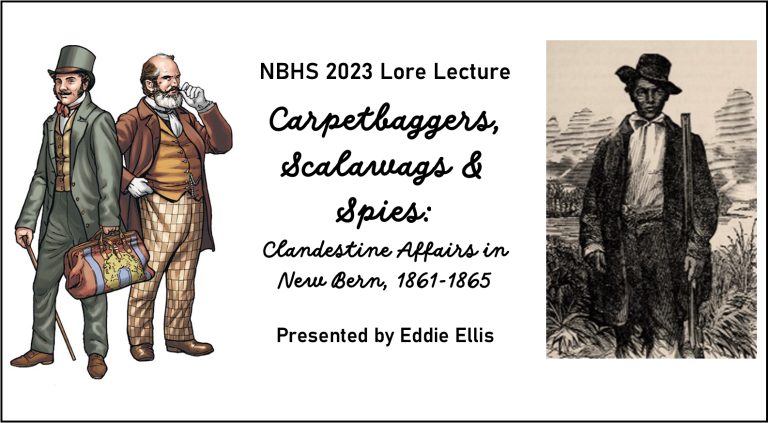 You’ll meet some controversial behind-the-scenes characters, including businessmen who profited off Burnside’s invasion of Craven County, secret agents who were protected by the British government, and locals who switched sides for their own financial gain. Ellis will also introduce the Union spymaster and his ring of daring former-slaves-turned-spies. You’ll also get a sneak peek – complete with eyewitness testimony – into the true story behind the burning of the Trent River railroad bridge before the first Battle of New Bern. Hint: it’s not what you think!

The consummate southern storyteller with a deep knowledge of Craven County history, Ellis delights in finding and sharing the untold tales.
He doesn’t get to New Bern often, so when he does, you don’t want to miss him!

Paper tickets are not issued. Please present your receipt upon check-in at the door. Open seating; doors open at 1:30 pm.