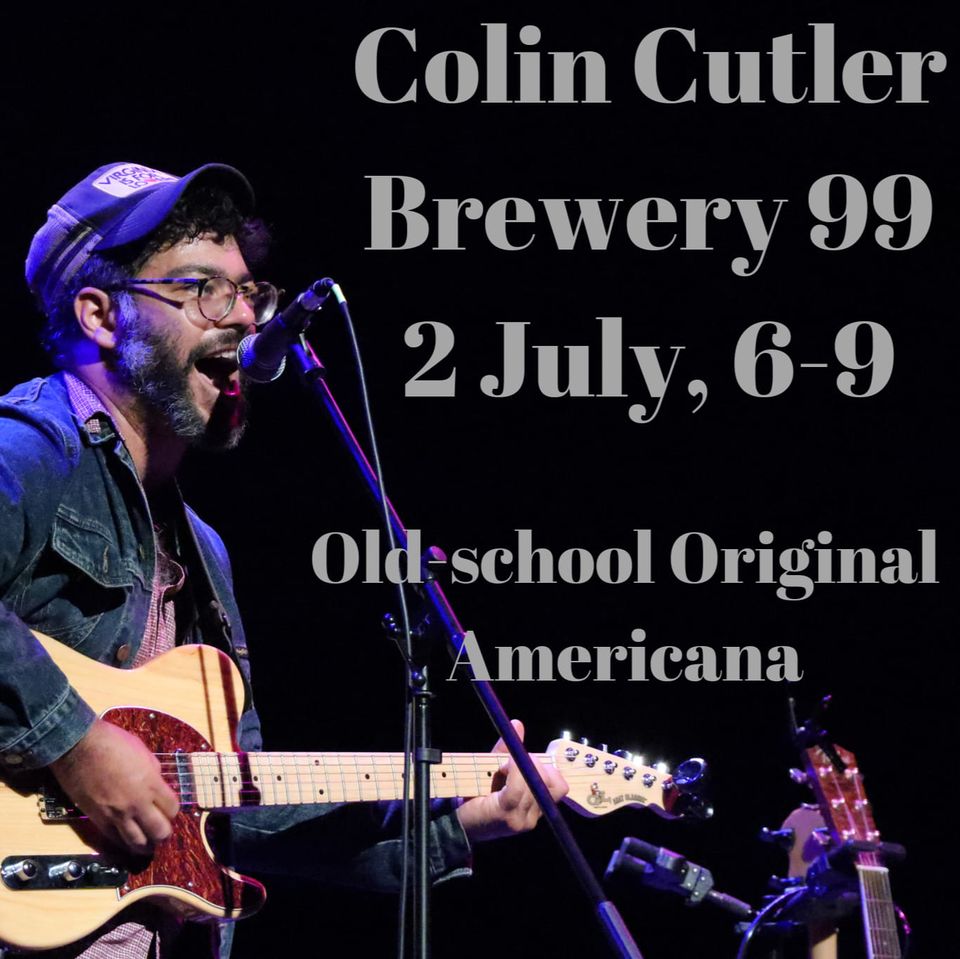 Colin Cutler is back at Brewery 99!!
A Greensboro-based songwriter toting a guitar and banjo, Colin Cutler’s music spans the breadth of Americana, from oldtime to blues to roots rock, with lyrics informed by the earthy storytelling traditions of the South, his upbringing, and literature.
His last album, Hot Pepper Jam, is a bluegrassy/oldtimey album mostly written while he was on his grandparents’ Vanceboro farm during the first summer of the pandemic.
His 3 albums and EP have landed plays on NC and Virginia public radio, the BBC, and community and college stations around the region, placement in a British zombie film, mentions in No Depression, Americana Highways, and the Alternate Root, and have taken him to gigs from the NC Folk Festival to the Romanian National Museum of Literature–and plenty of breweries and farmer’s markets in between.
“A seasoned performer, Colin combines his worldly and traveled view with the sound of southern roots.” ~Around Town Sessions
+ Google Calendar+ iCal Export