Discover Tryon Palace: Outlander- The Spark of the Rebellion 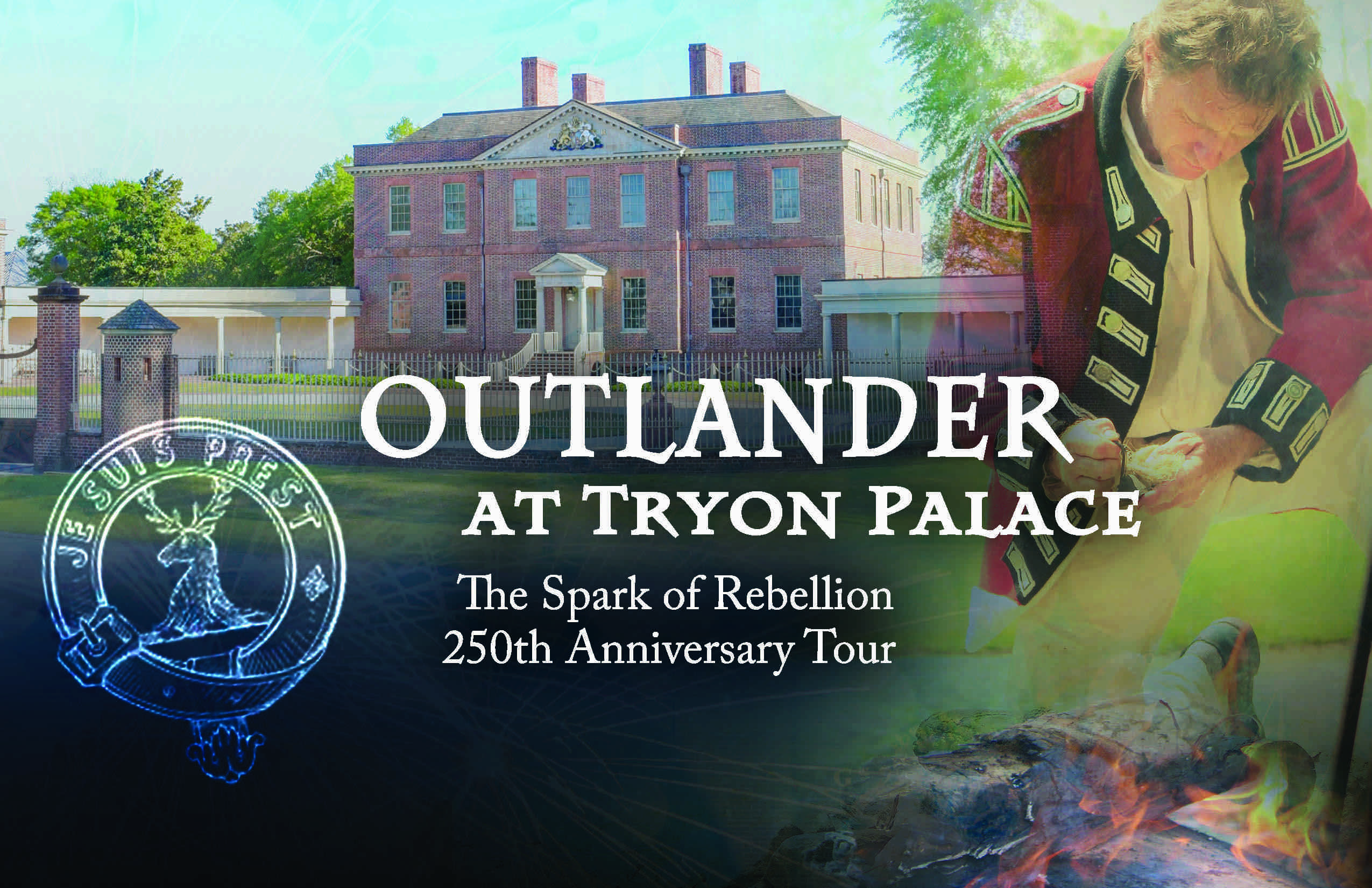 Outlander – The Spark of Rebellion – 250th Anniversary Tour of eventful times. As Royal Governor Tryon, his family and servants settled into the new completed government house in New Bern, North Carolina in June 1770, there were whispers of rebellion in the colony.

Discover the facts versus the fictions of the North Carolina Regulator Movement. Jamie and Claire Fraser’s version of the events which occurred in this colony during 1770 – 1771 have been presented. Tryon Palace invites you to hear the Crown’s side of the story. The royal perspective of the actions of the Citizens of North Carolina and the Thirteen Colonies taken from Governor William Tryon’s own words.

Did all in government agree with Governor Tryon’s actions? Were there others treading carefully between lines of the Royal Governor and the Regulators, as James Fraser did? More importantly, should it come to choosing sides, are you a Loyalist, or will you choose to redefine what it means to be a Patriot in America? Your visit will include a stop to discuss: Cooking meals and Holidays at the Palace Medical Treatments of the Times and common illnesses and cures Traveling Onward in History – Which path will Claire & Jamie choose – Loyalty or Liberty

Please note: **This is an outdoor tour and dress accordingly.** It is designed to address special needs items such as walkers and wheelchairs. Tickets are non-refundable and cannot be altered or exchanged.