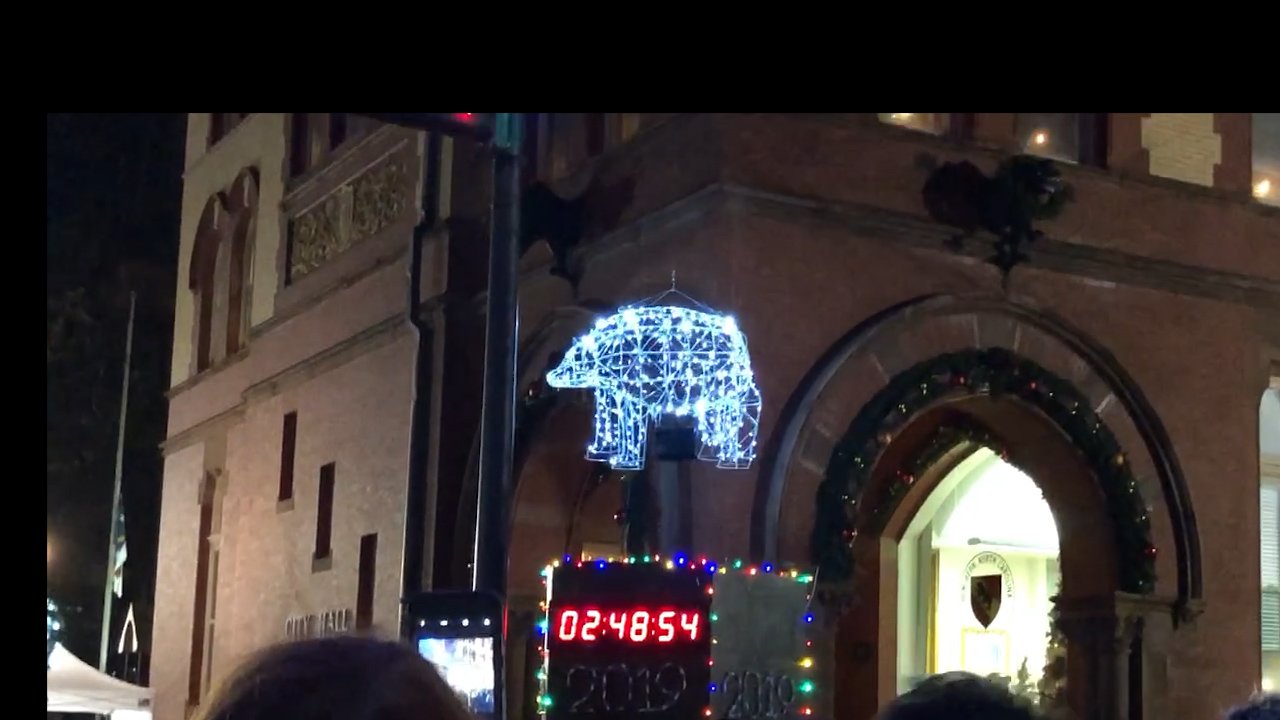 The City of New Bern is encouraging a safe New Year’s celebration by hosting a virtual Bear Drop downtown.  The event will occur at City Hall, 300 Pollock Street, on Thursday, December 31st and will be streamed live on Facebook.  The Bear Drop begins at 6 p.m. so that residents and visitors can attend if they choose and get home safely ahead of the state’s stay-at-home order for coronavirus.  Masks are mandatory at the event and social distancing is strongly encouraged.

New Bern’s Bear Drop is in its third year and city leaders did not want to cancel this growing tradition. “It has been such a tough year for everyone,” said Mark Stephens, City Manager. “We knew it would not be safe to host our New Year’s Eve block party, but we wanted to find a way to help people say goodbye to 2020 in a COVID-friendly way.”

A lighted bear will descend four stories from the historic clocktower at City Hall and land on a lighted platform at the stroke of midnight, signaling the end of a troublesome year for all of us.  WCTI News Channel 12’s Brian North will be the event emcee.

“We hope everyone will stay safe this new year,” said Foster Hughes, Director of Parks and Recreation.  “We’ve made it easy to watch this annual event virtually – online or from your smartphone – so you don’t have to go out at all if you choose.”

As a reminder, North Carolina Governor Roy Cooper’s Executive Order 181, issued earlier this month, places the state under a modified Stay-at-Home order between the hours of 10pm and 5am.  This includes New Year’s Eve.  The Stay-at-Home order remains in effect until modified or rescinded, or until it expires on January 8, 2021.  Certain businesses and facilities are required to close to the public between those hours including restaurants, bars, entertainment venues, parks, certain retail establishments and more.

Join us live on Facebook @cityofnb or @newbernpr.  If you miss the Bear Drop, the event video will be posted later on the City’s YouTube channel and City 3 TV.

The streets in front of City Hall will be blocked for social distancing.
You can watch the Bear Drop virtually on Facebook @NewBernPR, and @cityofNB.

We look forward to the Block Party tradition returning in 2021!
For information on the New Year’s Eve Bear Drop, please contact New Bern Parks and Recreation at 252-639-2901.