Orville at Bank of the Arts 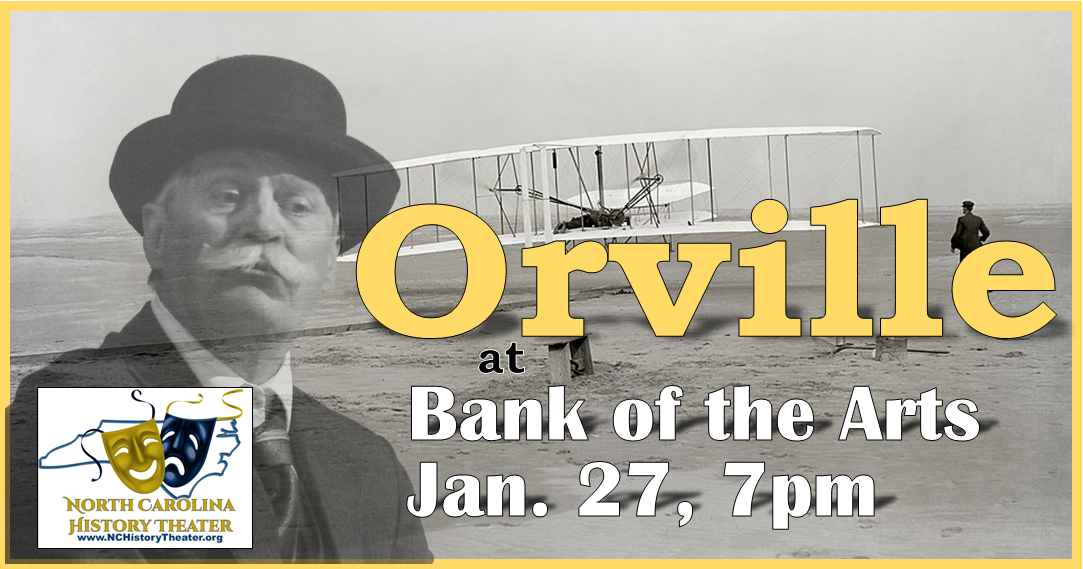 If you missed Bill Hand as Orville Wright when he appeared to a full house last fall, you have another opportunity! The North Carolina History Theater and the Craven Arts Council are partnering to bring Orville to the Bank of the Arts at 7pm on Thursday, January 27.
Bill Hand portrays the younger Wright brother Orville as he looks back on how he and his brother were inspired by the concept of flight, then created one of history’s greatest inventions using little more than ingenuity, spare change, and equipment they fashioned from things lying around in their bicycle shop in Dayton, Ohio. His story ends with a description of the famous First Flight on December 17, 1903, at Kitty Hawk, North Carolina.