The First Day of the Battle of New Bern Book Signing 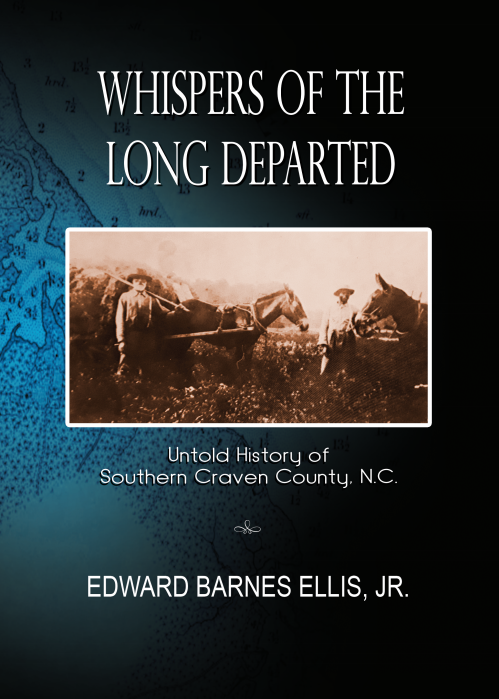 Join author Eddie Ellis, native New Bernian and historian, researcher, and speaker, for two evening lectures of revealing dialogue covering chapters from his new book, Whispers of the Long Departed.  Born in New Bern in 1950, Edward Barnes Ellis, Jr. began researching the history of Havelock and southern Craven County in his early teens and was named Official Historian of the City of Havelock in 1984. He has written hundreds of newspaper and magazine articles and four books on local history and spoken about the area’s heritage for decades.

Mr. Eddie Ellis presents lively conversation and learning at the North Carolina History Center’s Cullman Hall, on August 12th and 13th, from 6:30 to 8:30 pm.  Doors open at 6:00pm on both nights.

The first evening of presentations on August 12th, is hosted by the New Bern Historical Society. On that evening, Mr. Ellis will discuss from his new book research and stories from the unreported tale of the land and people from the Trent River to Adams Creek from the earliest days of settlement to the end of the Great Depressions.

On the following evening, August 13th, hosted by the Tryon Palace Museum Store, Mr. Ellis will continue his discussions with an in-depth review of the opening salvos of the Battle of New Bern, March 1862.  In this chapter from Whispers of the Long Departed, he carefully documents the intense and deadly offensive operation that began the day before the fall of the city during the Civil War.  Following the discussion on the 13th, attendees can join Mr. Ellis at the Tryon Palace Museum Store for a book signing.

There is a $15 fee ($10 for members) for the presentation on Thursday, the 12th.  Tickets can be purchased at www.NewBernHistorical.org/tickets or by calling 252-638-8558.  The First Day of the Battle of New Bernpresentation on Friday, the 13th , is FREE, but attendees can express their support by purchasing a signed copy of the book for $29.95.  For more information about this presentation see details at www.tryonpalace.org, or call about 252-639-3534.