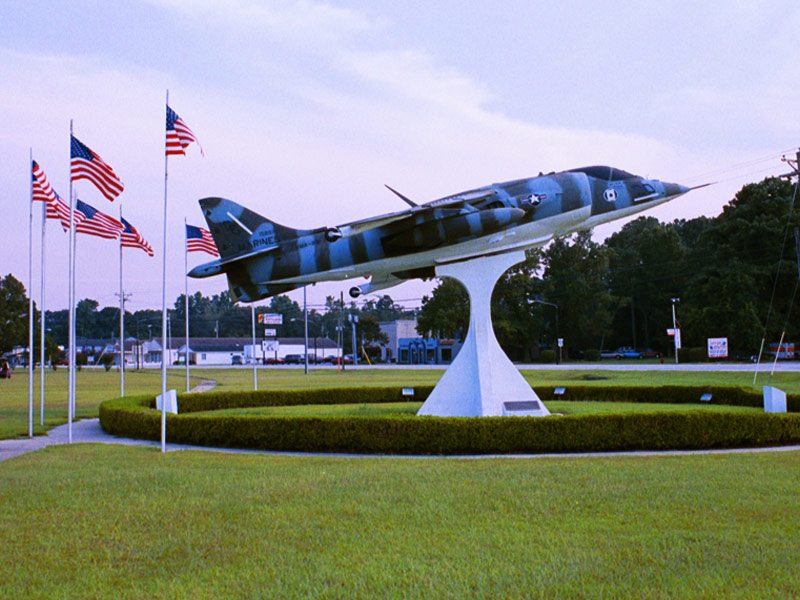 The AV-8A Harrier was the first V/STOL aircraft to enter service with U.S. armed forces. The single-seat attack aircraft was adopted by the Marine Corps in 1969 for use in close-air support and air-defense. The aircraft had the capability to operate from shipboard pads or small clearings ashore at speeds of up to 637 MPH and at altitudes in excess of 50,000 feet. Aircraft No. 158976 began service in July 1974 and was flown by Marine Attack Squadrons 513 and 231. It was decommissioned in March 1986 after 2,981 hours of flight.

The Harrier is dedicated to the employees of Cherry Point, Military and Civilian, past, present and future, who add so much to the heritage and quality of life in Havelock.