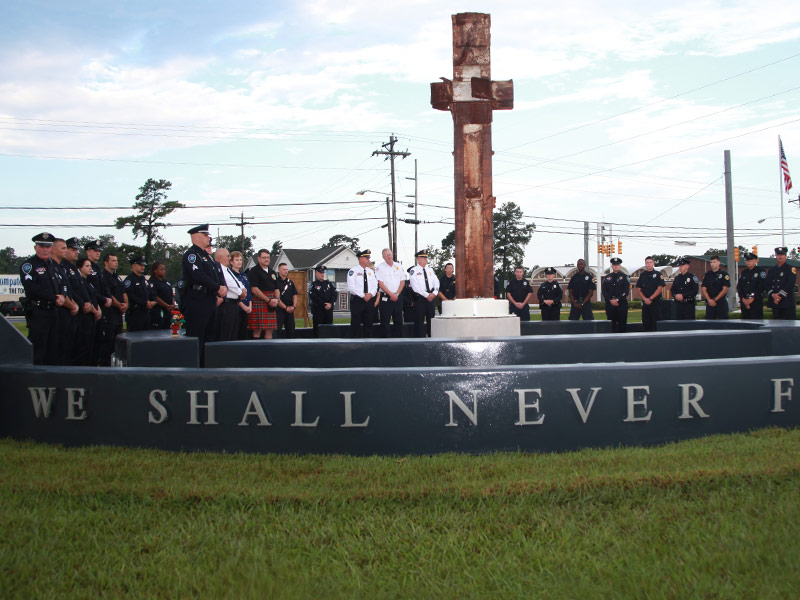 On September 11, 2011, nearly three years after requesting an artifact from the Port Authority of New York and New Jersey and ten years after the initial attacks, the City of Havelock dedicated an erected artifact from the World Trade Center site. Since then, other integral pieces have also been added to the city’s 9/11 Memorial Plaza. The Memorial now contains several artifacts, bricks, and remnants from all of the sites affected by 9/11 to honor the memory of the lives lost there. The names of each of the sites and the official times of their attacks are emblazoned on the circular wall around the memorial, doubling as benches on which to pause and reflect. The memorial, which is lit at night and open 24 hours a day, is located immediately between the Police/Fire Station and US Hwy 70 in midtown Havelock, just right of the Harrier monument.