Downtown New Bern celebrates its annual MumFest street festival on Oct. 11-13, expecting to draw more than 120,000 visitors to one of the many sections of the city that were under water just 13 months earlier during Hurricane Florence.
It’s not the first MumFest held since Florence. That distinction goes to MumFest 2018—held mere weeks after the hurricane.
Judging from recent long-distance calls inquiring about whether New Bern is even still standing, MumFest 2019 is delightful news. The fact that MumFest 2018 was held at all is a declaration by Craven County that it is, above all else, resilient.
MumFest 2018 featured 320 booths, midway rides, street performers, and concerts that drew an estimated 110,000-120,000 visitors.
Just days prior, industrial-size dumpsters filled with building debris were a common sight downtown as the city rushed to get ready for the festival.
Visitors may have seen signs of damage as they approached downtown, but had to look hard to find damage once there.
“After four weeks of cleaning out, everyone needed the break that MumFest provided,” said Lynne Harakal, executive director of Swiss Bear Inc., the downtown development corporation that holds the event.
Harakal’s own offices were flooded and have moved about nomadically since the hurricane. 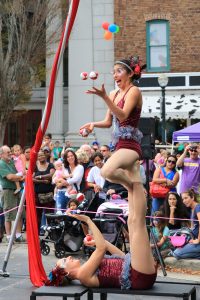 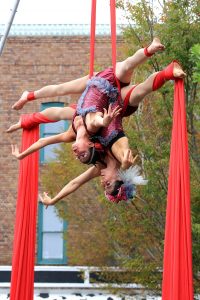 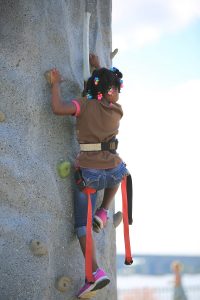 Though organizers lost two weeks of planning time, they charged ahead to keep the event on track. But Mother Nature wasn’t finished. The remnants of Hurricane Michael scoured the city one day before MumFest’s opening night concert.
If ever there was an excuse to cancel MumFest, Downtown New Bern’s largest annual festival, it was 2018.
As arduous as it was to hold MumFest last year, it was the only fall festival in much of North Carolina that didn’t cancel or postpone because of the hurricane.
“It was the only fall festival,” Harakal said. “The vendors were very grateful.”
MumFest thus received exposure to vendors and visitors whose other plans were cancelled last year, she said.
Now that they’ve experienced MumFest, Harakal is hopeful that many of them will come back, along with those who make it part of their yearly routine.
Organizers expect this year’s MumFest it to be the biggest in its 39 years and booth spaces are sold out. As usual, it features diverse food offerings, midway rides, street performers, and a downtown’s worth of vendors. 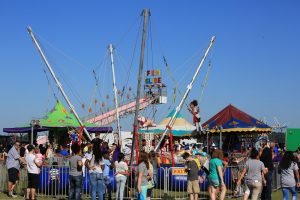 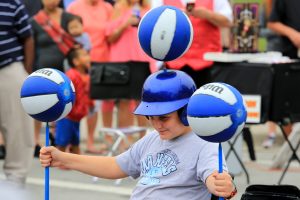 The WRNS MumFest Kick-off Concert Friday night is Granger Smith, known by his alter ego, Earl Dibbles, Jr. The opening act is Filmore, followed by Mitchell Tenpenny, Academy of Country Music Award Nominee for New Male Vocalist of 2019.
MumFest 2019 will continue its more recent street plan that encompasses Middle Street from Broad Street to South Front Street, as well as Broad Street, Craven Street, East Front Street, Union Point Park, and, a few blocks west, Tryon Palace. Of course, downtown’s unique Pepsi Store and New Bern Firemen’s Museum will also be open, along with all restaurants and most businesses.
Booths on Middle Street are arranged in the middle of the street, giving visitors easy access to both the vendors and street-side merchants and restaurants.
Swiss Bear will spend around $8,000 buying bouquets of the festival’s namesake flower, chrysanthemums. Many will be on display adorning a new arch that will be unveiled at Union Point Park. As festivities wind down that Sunday, workers will be handing out the flowers to visitors as they leave, Harakal said.
Details about MumFest 2019 can be found at the MumFest website. 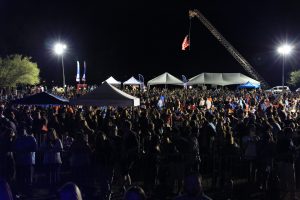 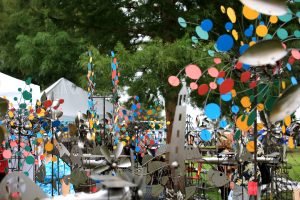