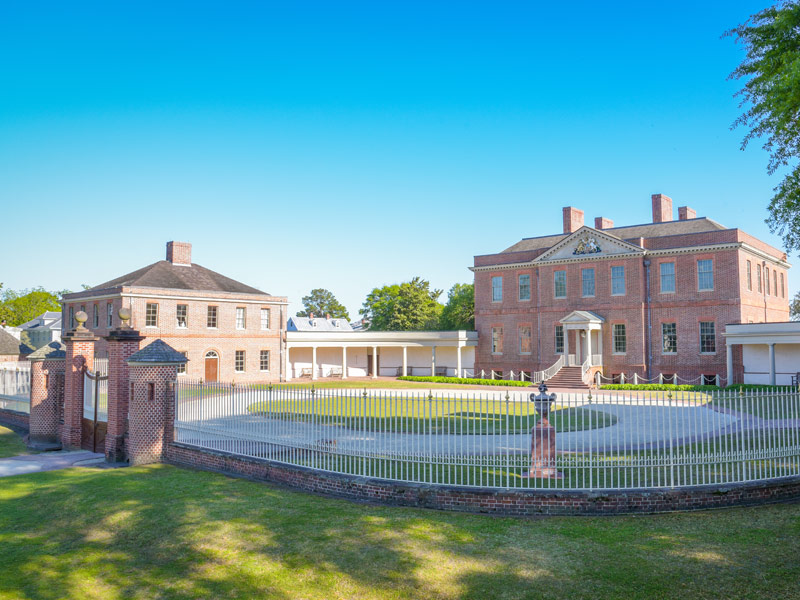 The stately Tryon Palace was known as the grandest public building in the colonies. Originally completed in 1770, Tryon Palace was the first permanent capital of North Carolina and home to the Royal Governor William Tryon. In 1798, the original Palace was destroyed by fire. The rebuilt Palace and restored grounds, which reopened in 1959, serves as a testament to history, community, and rebirth.