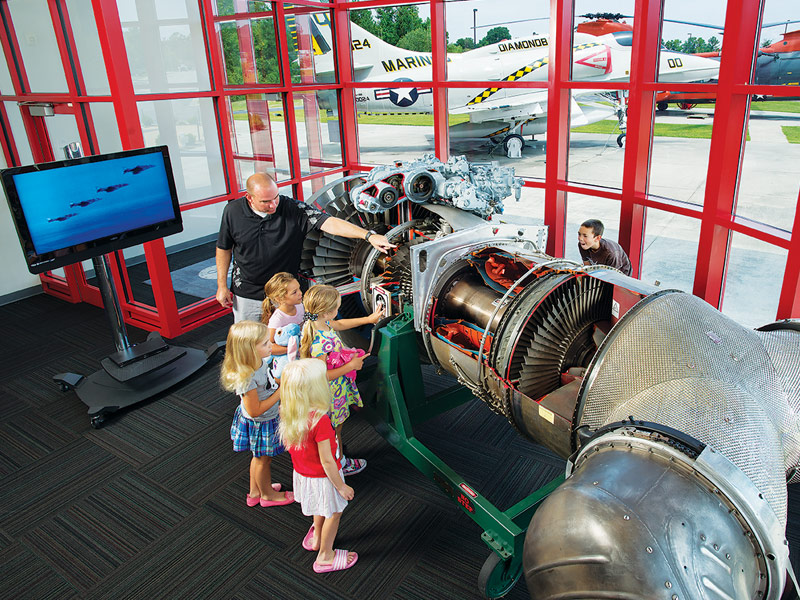 The Havelock Tourist & Event Center is an exciting aviation exhibit that features eastern North Carolina’s history of Marine Corps aviation. Explore a permanent display of scaled aircraft models and historic photographs. Five restored aircrafts – a Douglas A-4M Skyhawk, a McDonnell Douglas RF-4B Phantom, a Grumman F9F-6P Panther, as well as a replica of an early Boeing F4B-3 biplane and a large-scale AV-8B Harrier – are on loan from the U.S. Marine Corps and Department of the Navy. Scaled models depicting the aircraft lineage of the 2nd Marine Aircraft Wing at Cherry Point from its inception in 1942 are also on display. This piece of exciting military history is not to be missed.